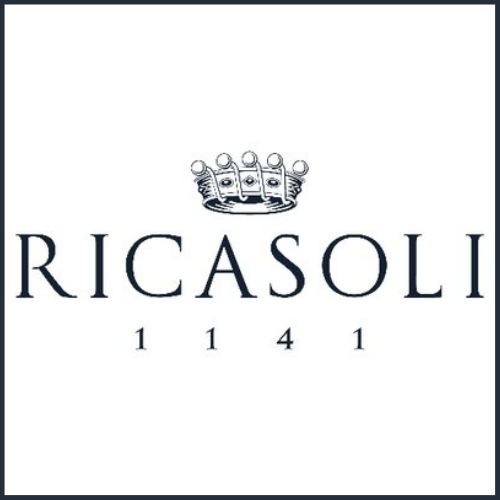 The name Ricasoli has been linked to wine since 1141, when Brolio Castle passed into the hands of the Ricasoli family. Since then, the castle has been rebuilt and modified several times bearing the marks of different eras: from the fortified medieval bastions to the Romanesque and neo-Gothic additions and the unique nineteenth century Tuscan details. According to Family Business, the leading American magazine that lists the world classification of family businesses, Barone Ricasoli is the fourth longest-lived company in the world in the same place and the second in the wine sector. Barone Ricasoli is the oldest winery in Italy.

The family tree, reproduced in a print from 1584, is also one of the first images we have of Chianti. After centuries defending the lands and the noble feuds, the Ricasolis dedicated themselves to the development of agriculture and vineyards. Already in the 1600s documents report the first exports to Amsterdam and England, whereas at the start of the 1900s Brolio wines were known and exported all over the world: China, Saudi Arabia, South Africa, Guatemala, Costa Rica and then the British-African colonies.

Baron Bettino Ricasoli (1809 – 1880), illustrious politician, researcher and far-sighted wine entrepreneur, was the promoter of the most famous wine in the world today: Chianti. Today it is the largest winery in the Chianti Classico area: Brolio Castle, where Baron Bettino Ricasoli invented the Chianti formula in 1872, is surrounded by 1,200 hectares in the counties of Gaiole and Castelnuovo Berardenga; valleys, hills, woods of oak and chestnut trees, 230 hectares of vineyards plus 26 hectares of olive groves all enjoying the beauty and the wide variety of soils and climate in this central Chianti area. The avant-garde cellars are where they undertake the same pursuit of excellence today that drove Bettino Ricasoli to invent the Chianti formula in 1872.

Since 1993, Francesco Ricasoli, 32nd Baron of Brolio, has been putting together testimonies from previous generations and has been at the helm of the family winery pursuing the goal of renewing the quality and personality of great Brolio wines, which interpret the unique characteristics of the land and its history. New labels are coming into existence and the already known wines, which have won awards all over the world, are being perfected: Barone Ricasoli’s research continues and gives a whole new meaning to the culture of winemaking and the art of drinking.

If you visit Tuscany, a trip to the Castello di Brolio is a MUST!

Showing all 27 results, including child brands