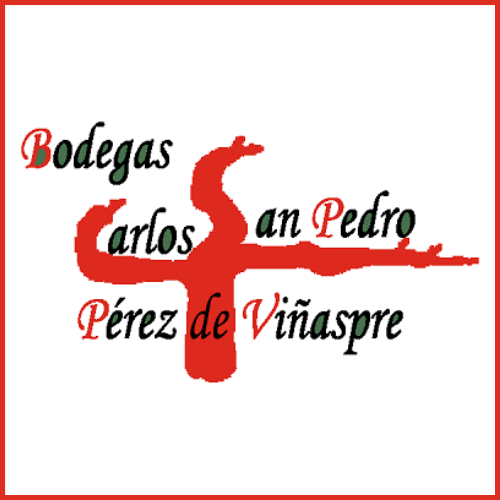 The San Pedro Family produces in Laguardia, Rioja Alavesa for over 500 years. [There are records of this in several documents]

Carlos San Pedro Pérez de Viñaspre has been producing young wine as winemaker since 1960 although before that time he helped his family on the wine making process, his ancestors were awarded for their young wines in the region on 1932 and 1955. The present name, Bodegas Carlos San Pedro Pérez de Viñaspre, was adopted on 1981 when the “Denominacion de Origen Calificada Rioja”, the entity that rules all Rioja wines, was created as today we know it.

The wine-making process is done taking into consideration the future aging process to be used for each of the wines they produce. The traditional Carbonic Maceration method is mainly for wines that won’t be aged but the best part of this method is used for aged wines as well as the more modern method, the Bordeaux or De-stemming method.

In the traditional Carbonic Maceration method the grapes arrive to the bodega in whole bunchs without breaking them and ferment for about 8-10 days, then the traditional stepping of the grapes is performed to extract most of the wine prior to racking, ie remove the “skins” and bring them to the press.

When using the modern method the grapes go through a de-stemming system that separates the grapes from stems. Those broken grapes is what is introduced into the vats to ferment for about 8-10 days. After this time, the wine is extracted before removing the “skins” and take them to the press.

The pressing of the grapes for both methods is done in a vertical hydraulic press small volume in which the wine is slowly withdrawn, not much pressure is applied so as not to break the structure of the “skin” and the seeds for not affect wine quality.The aging process takes place in barrels of French and American oak where the wine remains between 22 and 32 months. During this time the wine recives the corresponding racking.

Those barrels are divided between their undergound cave, distributed across the different “calados” and the modern winery, at the ageing room, both wineries maintain the optimal temperature and humidity conditions for their conservation.

Showing all 7 results, including child brands